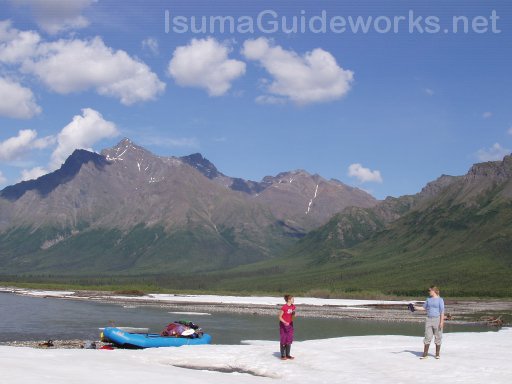 RAFTING ON THE KONGAKUT RIVER IN ALASKA – 11 days

The Kongakut River is the only major river whose entire course is within the Arctic National Wildlife Refuge’s designated wilderness located 450 miles north of Fairbanks on the north slope of the Brooks Range in the Gates of the Arctic National Park.

Situated in the north-easternmost reach of Alaska, this remote river lies near the Canadian border and the Arctic Ocean. The Arctic Char fishing can be superb on the Kongakut and it is considered the crown jewel of the Arctic National Wildlife Refuge.

From high in the eastern Brooks Range, the river flows east then north through rugged mountains to the coastal plain. The water is usually clear, the scenery is magnificent and the wildlife and fishing are world-renowned.