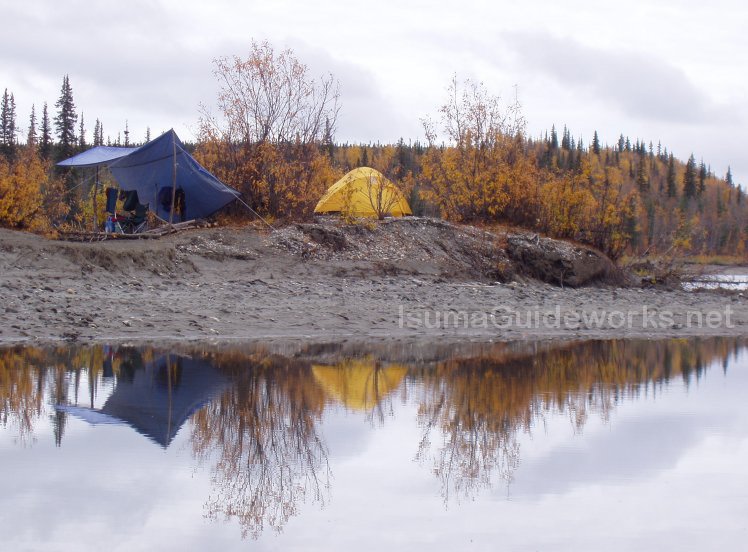 FISHING THE KOBUK RIVER IN ALASKA – 10 or 7 days

Join us on an Alaska fishing trip near the Gates of the Arctic National Park!

The Kobuk River is a world renowned fishing destination due to it’s large population of Sheefish. These fish, the largest member of the whitefish family, are often referred to as fresh water tarpon for their spectacular fighting skills and strength. Found in only 7 rivers in Alaska, the Kobuk has the strongest population of these fish and catching fish in the 30 inch range is not uncommon.

Perhaps the premier fishery in Northern Alaska, the Kobuk offers everything you’d expect from wild Alaska. Besides the thrill of Sheefish, there are salmon, northern pike and Char. With luck, you’ll have the opportunity to see Arctic Grayling as they ‘bump” Salmon to force eggs out, which they then greedily eat! These concentrations of Grayling can present the opportunity to catch and release literally dozens of these fine fish in a glorious fall day spent on some secluded slough.

Passing near the Endicott Mountains of the central Brooks Range, and including upper and lower Kobuk canyons, this river is one of the most scenic fishing spots you will ever find. With the onset of fall, caribou start moving along the coastal plains and we will see them in small or large groups as they cross and re-cross the river. Moose, black bear and grizzly are also occasionally seen along this section of the river.

Fishing our way down river, we’ll have 2 or 3 camps. A screened shelter is set up for the comfort of guests while dining or just hanging out in camp. This particularly scenic float is also a paradise for the “rock hound”. Finds of jade, jasper, and crystals are not uncommon on the river’s gravel beaches where we’ll stop for rest or encampment.

This is a world class fishing trip with two options. The first is a 10 day float from the headwaters at Walker Lake where we can fish for Lake Trout and Char for a full day before beginning our week-long descent down river. Short stretches of whitewater make for unparalleled excitement in this fisherman’s dream! The other option is fishing the mid-section of the river, from it’s confluence with the Pah River downstream to the Village of Kobuk. This 7 day float puts us among the best fishing the river has to offer.